By IYR - October 08, 2019
Recently Delhi chief Minister Arvind Kejriwal made a comment that people from Bihar get into a train and come to Delhi by paying four  hundred rupees and avail themselves of medical facilities substantial in nature causing a drain on the resources of the Delhi state. Coming from the  chief Minister of a state more so where the national capital is located the comment looked quite strange.Though there is no bar on freedom of movement across the country and constitution guarantees freedom of movement without any restriction but still it is natural that all Indians from different nooks and corners of the country feel that they have a natural right over the capital city of the country. By travelling from some other place people  are able to claim substantial medical benefits there is something wrong the way the scheme is devised and it is high time the chief Minister concentrates on plugging the loopholes. Normally for anybody to avail such facility proof of residence and identity is  insisted and it cannot be easily  accessed unless one resides at a place for quite some time. 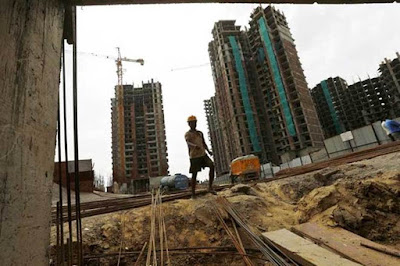 Compared  to other states in India ,Delhi is uniquely placed. It doesn't have a large rural Hinterland with which it has to share its resources. That facilitates reinvestment of the surplus generated within the state facilitating a better urban infrastructure in Delhi. That it is the capital of the country also ensures infrastructure is better taken care of.

On the contrary let us take cities like Mumbai, Bangalore ,Hyderabad. They are capitals of States with a large rural hinterland . Surplus generated in these urban centres to a large extent gets distributed in the rural hinterland. Given the political nature greater representation from the rural areas this is bound to happen.Infrastructure in most of these capital  cities is always found wanting and never kept pace with the growth of the city making life miserable for the city dwellers. These  cities which otherwise should have been competing  with cities like Singapore and Hong Kong for location of the headquarters of the multinationals have to be content with establishment of the back offices of these  multinationals since they find adequate supply of skilled labour in these metros. In a recent article  The economist also made a mention of this stating that all multinational companies prefer Indian cities for locating their back offices but when it comes to locating their headquarters or regional offices they prefer cities like Singapore or  hongkong which have world class infrastructure.

Barring Delhi the other metros of Calcutta , Mumbai and  Chennai came into existence with the arrival of East India company. They were headquarters of presidencies covering areas which are linguistically and culturally diverse. Though Hyderabad was much older it was also a Cosmopolitan City being headquarters of a principality covering Telugu kannada Maratha linguistic groups. When India became independent if care was taken to declare these cities as union territories and respective states were requested to find the suitable place for locating their  capitals these  metros could have become engines of growth  for the  country . Any surplus generated there could have been reinvested there providing qualitatively better urban  infrastructure . Since they were essentially  headquarters of multicultural multilingual presidencies the Cosmopolitan character could have also been maintained much better. When Mumbai was a important port of call in the east Singapore and Hong Kong  Dubai were no where in the picture . Visionary leadership with  focus developed these cities by providing excellent urban infrastructure  and were able to attract substantial foreign investments leading to an unprecedented growth in these City States.

No state government today would  agree  for their  capital cities to be declared as union territories. But states and centre can agree to declare some tier 2 cities as union territories with  small hinterland where industries can be set up. There can be an agreement of sharing of the revenues between centre and state  after leaving substantial surplus generated in these UTs for  reinvestment in their urban infrastructure .Cities like Vizag ,Pune, can be considered for such proposal. This would facilitate development of these areas with qualitatively better urban  infrastructure and in a  Cosmopolitan manner . Only when we provide world class urban infrastructure and environment we can compete and get qualitatively better investments into the country . Otherwise we  should be content to be the back office service providers for multinationals a job cities like Hyderabad and Bengaluru are  doing extremely well with all their urban infrastructure problems of bad roads overflowing drains and traffic congestions.
aravind kejriwal growthengines hongkong singapore Urban centres urban infrastructure 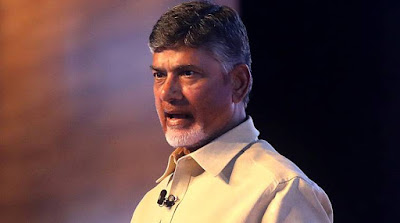 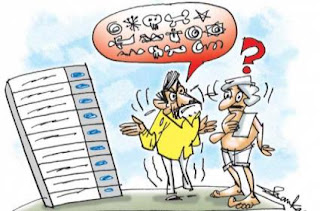